Stronger Together. Discover what the Snows team are doing to help our community during these unprecedented times.

Our talented technician, Chris, at Snows Mercedes-Benz Vans in Exeter has been working hard over the Bank Holiday Weekend. He attended five breakdowns, from delivery vehicles to supermarket deliveries, and thankfully managed to keep them all on the road over Easter.

Keeping our delivery drivers on the road.

It's been a busy week at the Mercedes Van workshop in Exeter keeping those essential deliveries on the road. Our very talented team managed to get these key workers all back on the road within 24hrs, which we have no doubt will go a long way to both the companies and their customers.

Another day in lockdown, another key worker helped.

Well done to our Workshop Manager, Jon Levett, at BMW Portsmouth for assisting this emergency service worker in need. Mr Hammans kindly got in touch with us to share his wonderful feedback and appreciation for the hard efforts that Jon put in to making sure that his vehicle was safe and back on the road as soon as possible. Well done to the rest of the service team at Portsmouth for your assistance.

One of our Snows Volvo Southampton customers got in touch with us to share their touching story about how the newest member of their family entered in their very own car!

Hannah gave birth to her second child, Wilf Tomas Howells on Sunday 19th March in her Volvo car in a Sainsbury's local car park on her way to the Princess Anne Hospital in Southampton. The acting midwife was husband, Andrew, who thought he would relive the pressure on the NHS staff by doing it all himself, with guidance on the telephone from a lady on 999 as well as staff at the Sainsbury's local and members of the public.

Jan, the mother of Hannah, explained "On the way there they tried to flag an ambulance but the paramedics waved back as they thought they were just another appreciative member of the public, only to arrive a few minutes later and found baby and mother in the front seat of the car. There are many other aspects of the story, the wonderful staff at the shop and the man who had just bought a bunch of flowers for his wife but instead gave them to Hannah."

"We’ve laughed so much as we gifted them the Volvo when I bought my new one when our Grandson Theo was born as we thought it’s a great safe car! Giving birth with your seat belt on is safer than safe."

Congratulations to the whole family on their new arrival.

"We've got to adapt as quick as possible and we've got the appetitie to do it" | Car Dealer Magazine chats with our Chief Operating Officer, Neil McCue, about how Snows are tackling the current situation.

From discussing our manufacturer partnerships, customer communication, technology, and the future of the group. Neil explains in great detail about the steps that Snows are taking during this 'time of change' as we continue to stay positive, and stay safe.

You can view the full interview by clicking on the video. 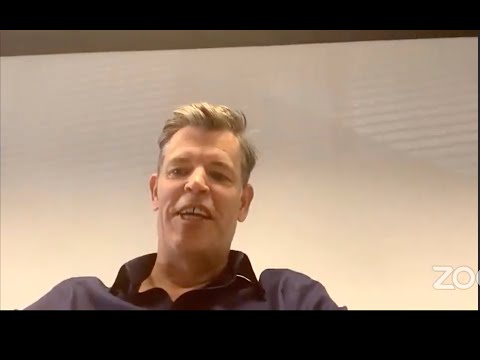 Snows Mercedes-Benz Vans have had another essential service in need of assistance. The team received an early morning call out to the local Asda store to attend to a van with engine management faults. Our expert technician Mike soon got it fixed and back on the road to ensure people received their food deliveries for the day!

Company Info
Back to top

© 2021 Snows. All Rights Reserved
© Snows. All Rights Reserved
Reg. Office: Snows House, Second Avenue, Millbrook, Southampton, SO15 0BT
Registered in England. Company Reg. No. 1318267
FCA Reg. No 685889 | VAT Reg. No GB 750 1062 76
Financial Disclosure
We work with a number of carefully selected credit providers who may be able to offer you finance for your purchase. We are only able to offer finance products from these providers: Ford Credit, Blackhorse, Santander, Barclays Partner Finance, Alphera Financial Services, Close Motor Finance Ltd, Unique Financial Services Ltd (Broker), Evolution Funding Ltd (Broker), London & Surrey Finance (Broker).
Back
Vehicle Valuation
Compare Saved Vehicles
Top
Close
Your Cookie Settings
Select your cookie settings
Strictly Necessary Strictly Necessary cookies are essential to let you move around the website and use its features, such as accessing secure areas, shopping baskets and online billing. These cookies allow our website to provide services at your request.
Functional Functionality cookies are used to remember the choices you make, e.g. your user name, log in details and language preferences. They also remember any customisations you make to the website to give you enhanced, more personal features.
Targeting Targeting cookies collect information about your browsing habits to deliver adverts which are more relevant to you and your interests. They also measure the effectiveness of advertising campaigns.
Save Settings
Cancel Changes

Your settings will take affect when you refresh the page or move to a new page. Find out more about cookies

This site uses cookies and related technologies for site operation, analytics and third party advertising purposes as described in our Privacy and Data Processing Policy. You may choose to consent to our use of these technologies, or further manage your preferences. To opt-out of sharing with third parties information related to these technologies, select "Manage Settings" or submit a Do Not Sell My Personal Information request.